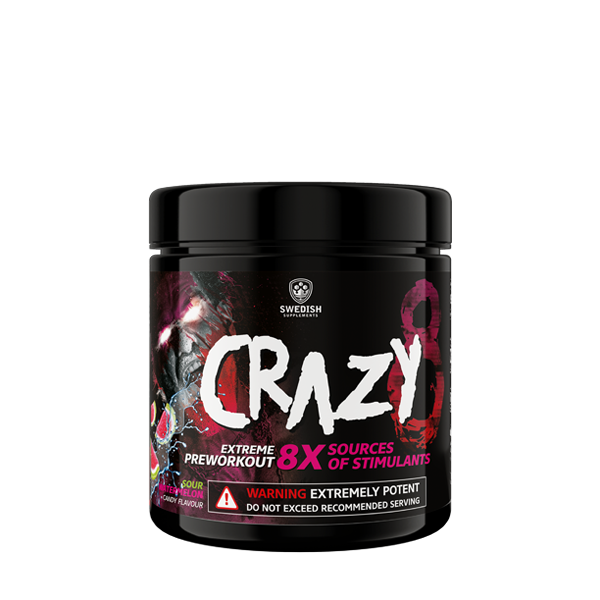 Welcome to a new era in the pre-workout products category. We all know Swedish Supplements’ history of developing products that have become trendsetters and created the standard for how good pre-workout products should be. Products like Fucked Up and The Butcher have gone before and shown that some supplements work!

Now it is time again. For a long time, Swedish Supplements’ development department has been working on a new unique formula for energy, focus and increased performance. The result is the maximum dosed Crazy 8. It contains no less than 8 different stimulants that work together in synergy and keep you alert and tagged from the first dose. Mainly, the simulant formula consists of various sources of caffeine derived from the plant kingdom. Hence, they have different characteristics but give similar effects and a combined strong energizing effect.

Choline is also used by the body to produce acetylcholine which is an important neurotransmitter involved in functions such as memory storage and muscle control. Furthermore, studies on choline have shown that an extra intake of choline can contribute to improved reaction capacity while also increasing the performance of athletes.

Tyrosine helps reduce the risk of “crashing” after using a central stimulant supplement. The effect is obtained by using this amino acid in catecholamine production in the body. Catecholamines act as neurotransmitters and hormones such as adrenaline, norepinephrine, and dopamine. When the body is stressed, the brain releases norepinephrine to stimulate the CNS and increase energy as well as mental alertness. The problem that arises is that it takes time to rebuild the levels of neurotransmitters once they are emptied out. This gives a feeling of fatigue and discomfort – a crash. An addition of Tyrosine increases the degree of norepinephrine synthesis so that the reserves do not hit the bottom.

Crazy 8 has a hefty dose of Taurine to balance the powerful central stimulating effect. Taurine acts as an antioxidant and has a cortisol-lowering effect, it also acts positively on memory function and protects the heart.

Citrulline, we know is used popularly to increase Arginine levels in the blood, it releases nitric oxide and stimulates growth hormone GH. Citrulline works effectively to reduce the effect of lactic acid and lower ammonia concentration by supporting the urea cycle. It is popular among bodybuilders because it restores a favorable intramuscular Ph value and improves recovery.

Beta-alanine is a non-essential amino acid used by the body to create a dipeptide called carnosine. Carnosine acts as a buffer because it affects the acidity of muscle tissue and reduces it. Higher levels of carnosine reduce fatigue because lactic acid is inhibited. An immediate effect from the ingestion of beta-alanine is a tingling sensation as well as sometimes erythema on mainly the arms and face. This is a harmless reaction to the rapid increase in levels of beta-alanine in the blood. Many people experience this effect as extra tagging before exercise. After regular intake of beta-alanine, the stinging effect decreases, which in no way reduces the anti-lactic effect but is due to the body getting used to the levels.

All these tonics together in a tasty pre-workout drink give you the boost you need to take your workout to new heights. 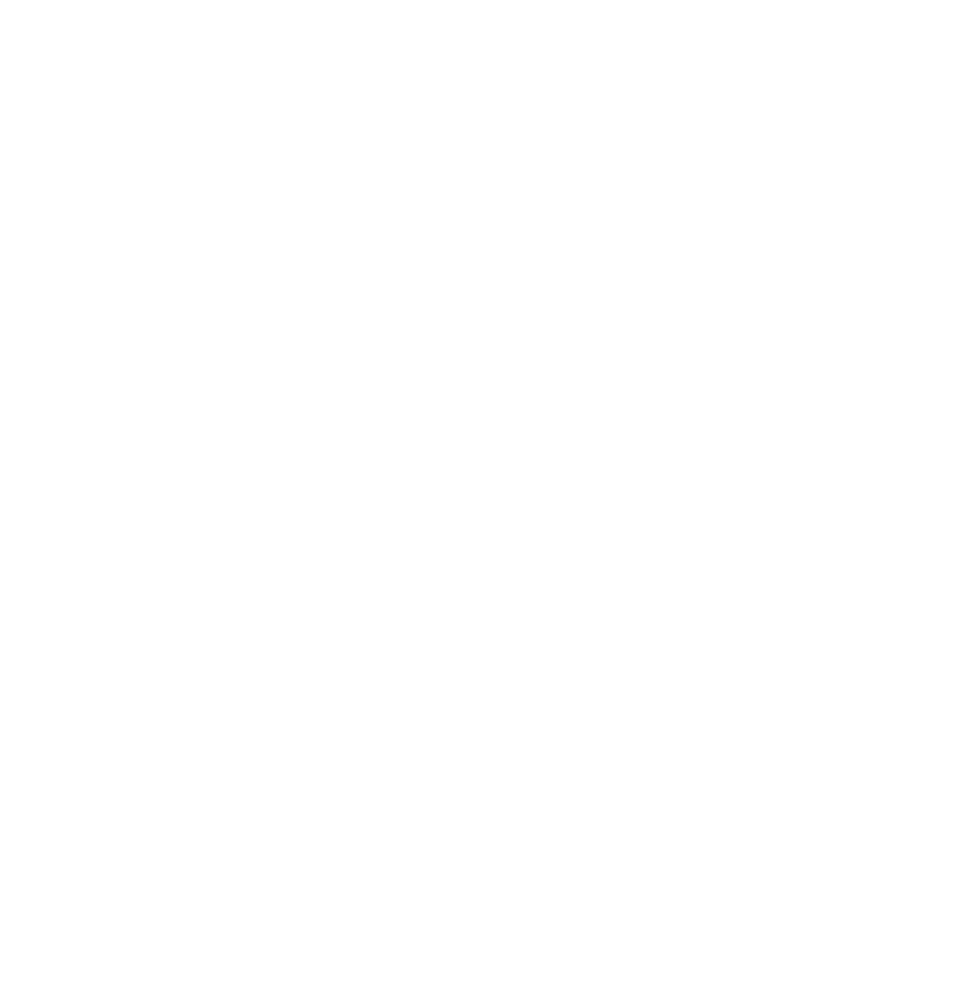