Conjugated linoleic acid is a trans fatty acid that, according to several studies, positively affects fat loss in physical exercise.

CLA belongs to the omega 6 fatty acid family and is used as a dietary supplement. The natural source is dairy products and meat, but these levels have fallen recently, and a supplement may be needed. Studies indicate that muscle mass is preserved while fat loss is improved by a CLA supplement.

CLA consists of groups of fatty acids and belongs to the omega-6 family where linolenic acid is the mother fatty acid. Its isomers content is usually listed as the active components of CLA. Among other things, CLA has antioxidant properties that contribute to our immune system but are mainly recognized as fat loss supplements. It is by inhibiting the enzyme in the body that is part of the fat-forming process, as well as by counteracting the storage of fat in the fatty tissue, that CLA is believed to be effective in fat loss.

However, the results of studies in humans are not as unambiguous. There are several studies where no significant results have been noted, but many studies have also shown positive efficacy. In a so-called ’1990s’ Review article, which is an article summarizing a few studies, it was noted that supplementation of CLA with a high proportion of t-10, c12-CLA gave rise to a weight loss of 0.09 kg per week. This may sound negligible, but the point is that the study was done with AMERICAN subjects where the average weight change was plus 0.4 kg per week. To achieve a weight loss instead of weight gain just by taking a little extra CLA is quite remarkable. 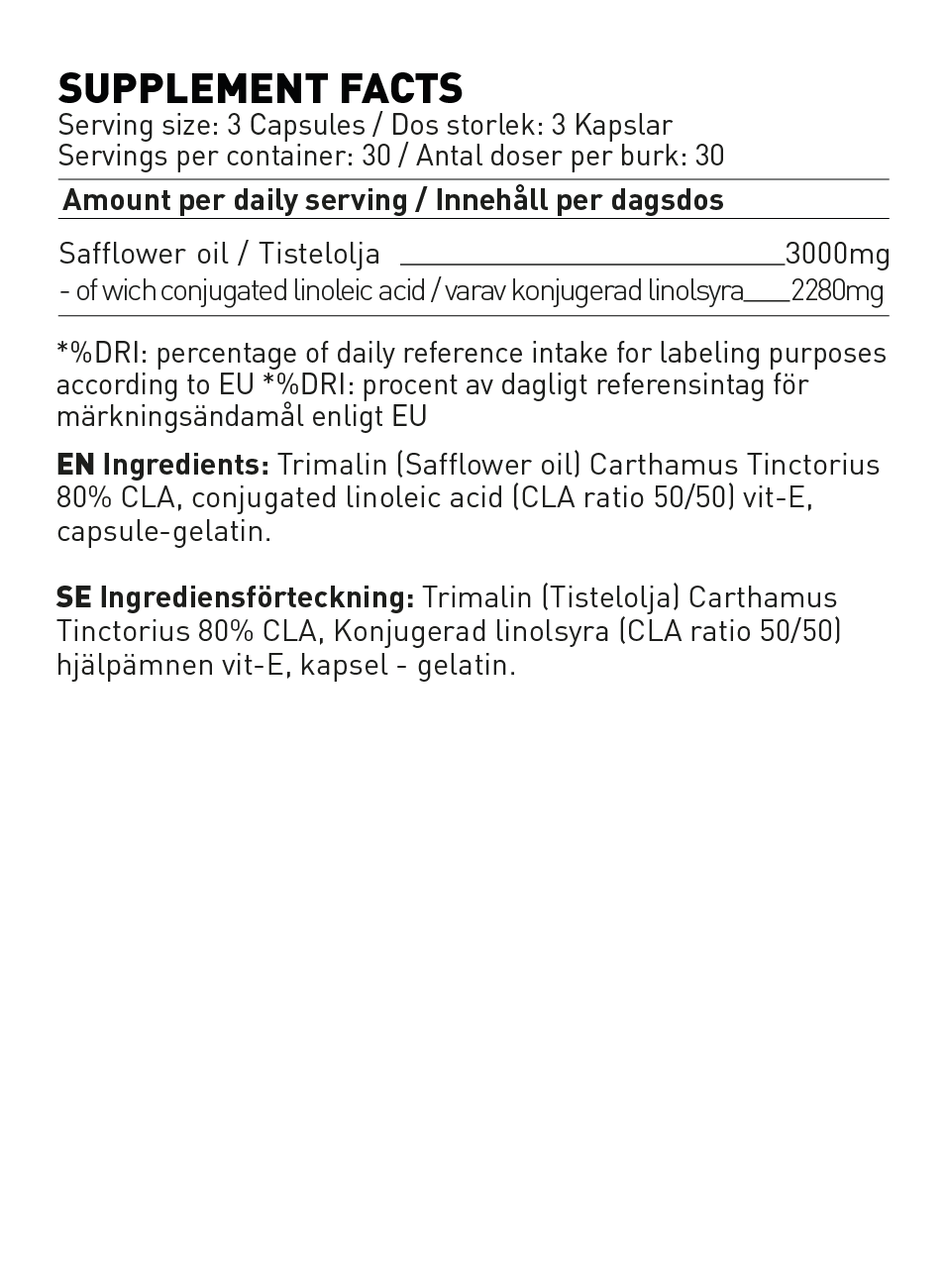