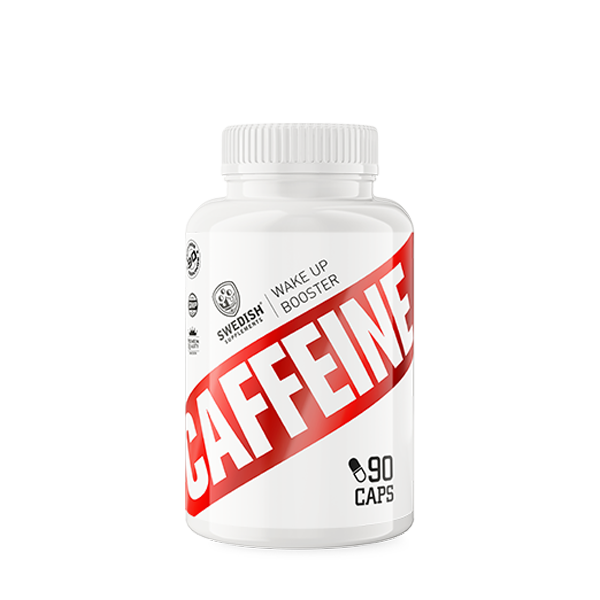 Caffeine is a dietary supplement that provides 200mg of caffeine per capsule. It is extracted from coffee bean leaves, from the tea bush, as well as cocoa. The use of caffeine is widespread ranging from coffee as well as the tea drinking culture to energy drinks and shots.

Take a capsule of Caffeine for more energy when training in the gym or going for a walk. Then caffeine tablets can be good if you are tired. The caffeine gives you increased energy. Many users report that they are able to exercise longer and push themselves a little extra when exercising. For example, during a strength exercise you can cope with higher loads and more repetitions/reps. During a run you will be able to run longer distances faster and run for a longer time. Take a caffeine dose 30-40 minutes before the start of exercise.

Can caffeine have side effects? You can have trouble getting to sleep, getting headaches and palpitations. Some people can also get a little bad in the stomach from caffeine tablets. You often get these side effects if you take a lot more caffeine than your body is used to. Example: A person can tolerate about 200 mg of caffeine without feeling so much. Then the person can get the desired effect from 300-400 mg of caffeine. But if they overdose and take 600 mg of caffeine, they may become nauseous.
The effect of caffeine is also alertness, which makes it difficult to sleep if taken in the evening.

Caffeine from Swedish Supplements has a whopping 200mg per capsule thus a maximum of 1 capsule per dosage is recommended. 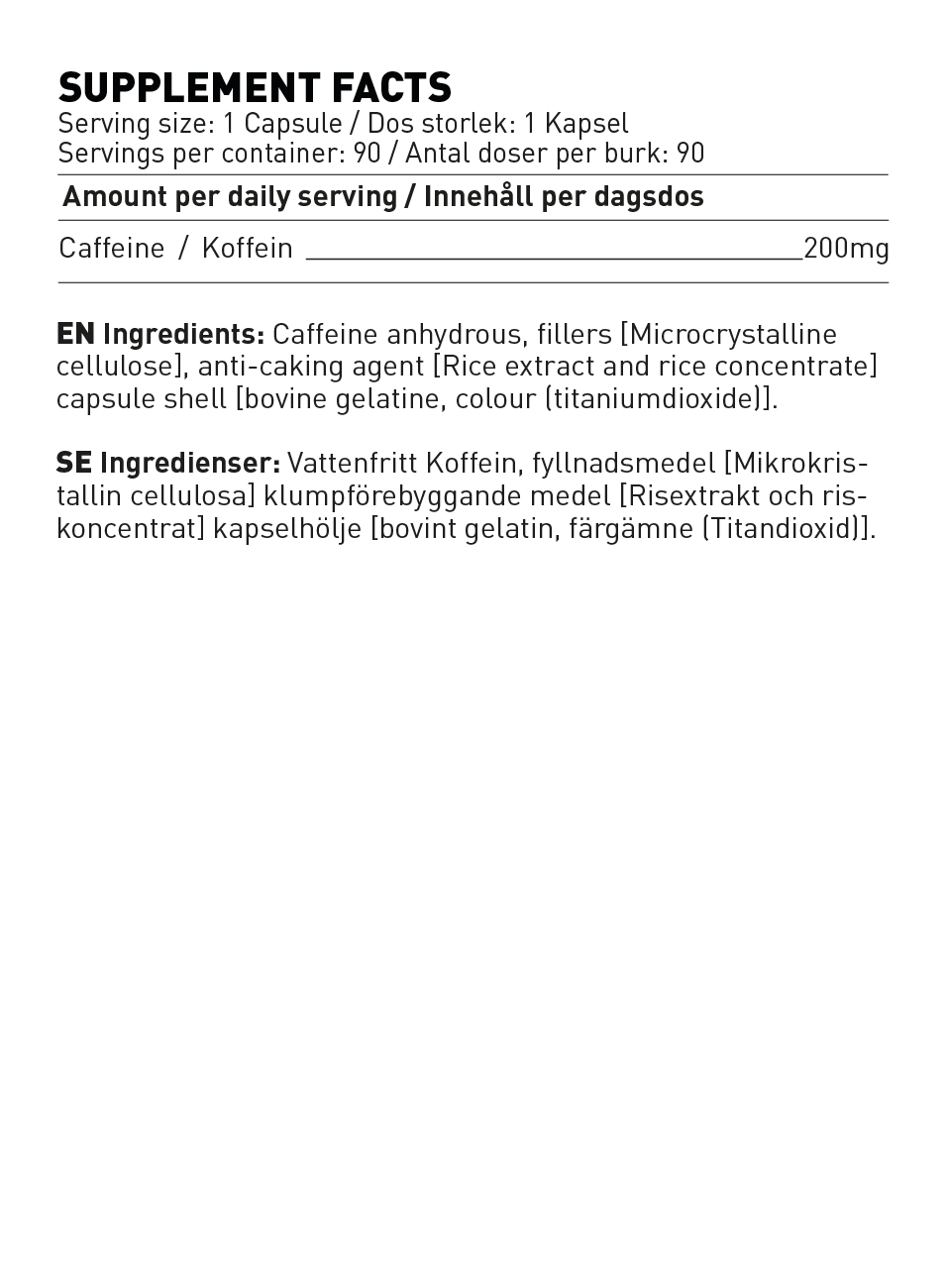